Why our Queen needs to learn from her predecessors

As a fan of all things political, I have always been caught up with the present. It is only recently thanks to my wife-to-be’s love of history, that my interest in it has peaked. One thing that I have to ask myself is why our Queen can’t stand up and be counted on the issues that matter like some of her predecessors. Ok, ok, I know our system is supposedly more ‘democratic’ now, and she is merely a constitutional monarch. But she is still the Queen. She could stand up and say whatever she likes if she had the balls. Like Henry the 8th reforming religion (albeit for his own ends), she should stand up against the government on the things that she in her infinite wisdom and passion knows need her voice, like Climate Change.

I, along with millions of others, watched with enchantment as our Queen strolled through her gardens with the beloved Attenborough, espousing the importance of greenery and publicising her green canopy. I couldn’t help but ponder however, if this issue is one of such great importance to our majesty, you would think she would use her status as Queen to do something with a little more gusto. Like stop fracking, actively encourage renewables, and speak out against a government who continues to put profit before people and planet. I for one would love to see the look on Theresa May’s face if old Queeny stood up and gave her a piece of her mind.

The fact that she is now at a stage in her life where she is inevitably thinking about the Monarchs that will come after her, means she should also be taking the opportunity to use her voice for good. To go out with a ‘bang’ (metaphorically speaking). How great would it be to be the first Monarch to stand up and be counted in the modern-day context. I am sure she has lots of very strong private thoughts and opinions, but to my mind, these should not be private at all. I bet we have all sat and mimicked her voice when watching her on the TV, commentating with what we believe she is thinking whilst she chooses to let more PC words come out of her mouth.

Perhaps these hopes lay with the next generation, or the one after. But I think in such turbulent times we need our Monarch to be check and balance against our government that everyone claims her to be. Refusal of Royal Assent in the legislative process hasn’t been used since 1707 when Queen Anne stood up for something, she believed in. Wouldn’t it be great if our Queen said no to some of the environmentally damaging legislation coming up through her government now. She totally could, but she won’t, because it wouldn’t be ‘proper’ – some check and balance. Right now her role in this respect is completely irrelevant, which begs the question, is the Monarch role as well?

Don’t get me wrong, I am not some anti-royalist. I am pro royal, so long as they earn us more than they cost us, and so long as they start standing up and speaking out for what they believe in. 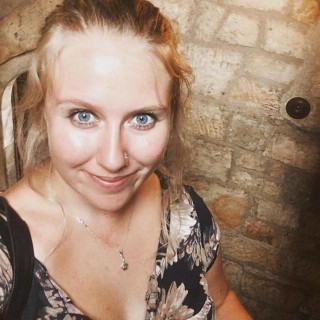